Today is the tenth anniversary of the launch of UMS! We have come such a long way over that time.

We started in 2012 as a fork of PS3 Media Server, which was one of the most popular and highly-rated media servers around. I was also a developer of that project. In those days, it was simply a DLNA media server, with a much simpler GUI: 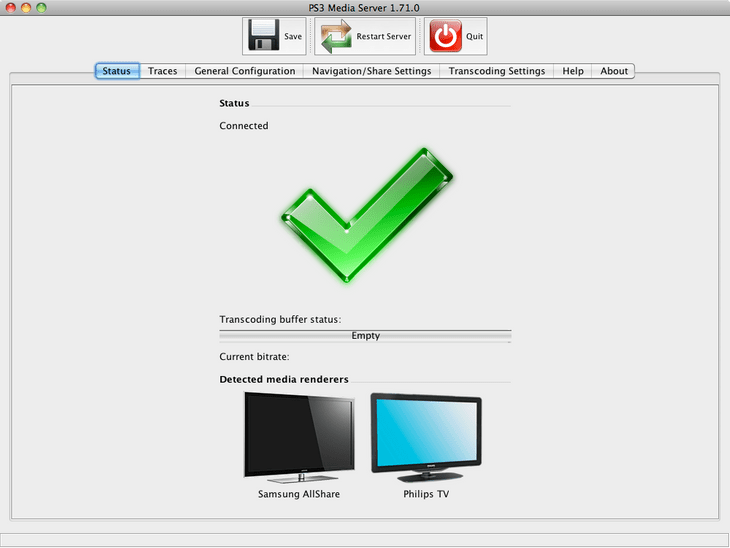 It did its simple job well, but we have taken UMS in new directions, and to new heights.
Here are some highlights of the journey:
11.0.0
2022-05-27
That brings us to now! Today marks the release of 11.0.0, and we have worked really hard on it. I'd like to especially thank SurfaceS, who is our newest developer, and has put a lot into this release, especially in ways that are less visible. A lot of great code refactoring and dependency updates which makes our code much more modern and easy to maintain.

In terms of more noticeable changes, we improved the web interface in many ways, including more rich data like logos and backgrounds to TV series, movies and episodes, improved device detection, improved network state detection/recovery, video playback and seeking, improved API metadata matching, HLS transcoding for all devices, and more!

We are never short on things to work on next, and we largely rely on you to tell us what you want.Seriously, tell us

Thanks for being on this awesome journey with us. It gives us great pleasure to know that we have such an active community with over 14 million downloads of UMS to date. Here’s to all the advances in the next ten years.

This release is available on our Patreon page for all subscribers, and will be released publicly during our next release.

Our previous version (10.21.1) is now available on our download page and from our official mirrors.

If you appreciated this release, please consider donating or subscribing. We don't do it for money, but it is nice to offset our expenses.
If you would like your name to be mentioned in our list of supporters, please leave a note with your donation/subscription or message us on here, and we will gladly immortalize your contribution.
How to ask for support | Support us by donating
Top

Happy Birthday and what a coincidence, born on 05/27 too, but a bit older.

I'm happy to see that UMS is still around and the development pace did rise in the last years.

Happy Birthday, Guys!!! Thank You and Thanks to UMS!! You are the BEST!
Top

Any progress on the Roku cant fast forward/rewind/pause bug?
Top

Seems to be a good release

Thanks to the team. I have only one issue, in my log files i have...

Could not parse player id "FFMPEGHLSVIDEO"

Is this something that has not been implemented fully yet or is it perhaps something wrong with the release or my end?
Top

I'm happy to see that UMS is still around and the development pace did rise in the last years.

A big thanks to all contributors!

Thanks a lot pipin, and happy birthday too!

Thank you Tianuchka! Your support is very appreciated

Thanks to the team. I have only one issue, in my log files i have...

Could not parse player id "FFMPEGHLSVIDEO"

Is this something that has not been implemented fully yet or is it perhaps something wrong with the release or my end?